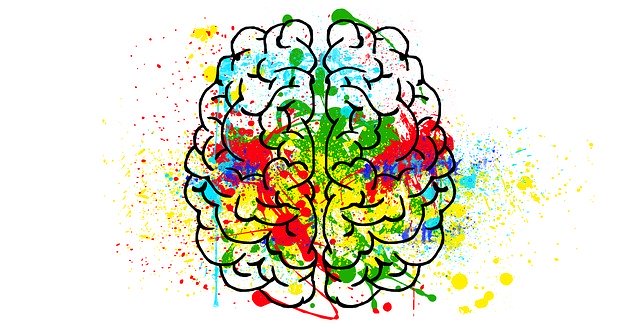 Brain disorders can impact us at any age. In early childhood it could be anything from congenital to acquired conditions, and as we grow older it could be injury, chronic disease, mental health, strokes, heart attacks, and even the start of cognitive decline. In retirement we tend to think about dementia – particularly Alzheimers, but there are many types of dementia and other neurodegenerative diseases in addition to increased risk for injury from falls, for strokes, heart attacks with multiple co-morbidities and chronic conditions. The medications often taken for these conditions can also create many complex interactions that can in turn lead to cognitive side effects which aren’t always clear. What occasionally gets overlooked, however, is the continuum along which brain disorders exist: from the earlier, milder stages to those with greatest dysfunction.

What is mild cognitive impairment

Mild cognitive impairment, or MCI, is the stage between normal cognitive function and more severe decline. It can express itself in a variety of ways, sometimes causing a general feeling that something has “slipped”, while other times there might not be any obvious indications. This can be problematic because though the level of impairment may be mild in nature, it can impact cognitive function and affect daily life. If left unnoticed and unmanaged or unresolved, the impairment can progress and lead to a situation where the costs become unnecessarily large for the person, their caregivers, providers, and the system at large. Unfortunately, this happens all too often in healthcare with only 19% of people even reporting a concern to their primary care physician and nearly 50% of incidences of mild cognitive impairment going undetected – a serious problem but one that could be mitigated with better cognitive care practices.

Why doesn’t it get picked up

The challenge for providers that are screening for mild cognitive impairment is that traditional cognitive assessment tools were actually designed to detect more severe dysfunction. Imagine, if you will, that you were living in a world where elephants freely roamed the streets. Now if you were asked to look out a window and told there was an elephant outside – it would be rather straightforward for you to determine whether there was an elephant outside and be confident in your conclusion. If, however, you were asked to repeat that same activity but instead of looking for the massive elephant, you were asked to determine if there was a flea outside, it would all of a sudden become an impossible exercise to complete without some sort of tool to help you determine if there was a flea outside. Traditional cognitive assessment tools were designed to identify cognitive elephants – impairment severe enough to impact one’s ability to remember what day it is, label animals, count backwards, remember a few words or draw a clock. This is because these types of activities are designed to measure things that ‘everyone’ is supposed to be able to do. These are more foundational or intermediate skills like immediate memory recall, temporal awareness, or basic working memory, while it is the more complex skills that are most used in daily life that are likely to give us our first clues about early changes or subtle forms of cognitive dysfunction. Picture a top performing salesperson that has recently begun to experience difficulty remembering names of prospects, multi-tasking or otherwise functioning at the high-level needed for his/her position who is one of the 19% who discusses this with their primary care physician but then is asked to label animals or recall the date to determine if there have been changes in their cognitive function. They are likely to score ‘normal’ and be told to come back ‘if things get worse’.

The case for early intervention: for patients and families

The need for earlier detection comes down to the opportunity to benefit from earlier intervention. Many interventions are more effective when provided sooner and some are only effective when delivered early. If cognitive changes could be detected when they occur, there’s a greater likelihood that providers can identify possible causes and determine if they are reversible. This means that providers would have the opportunity to create materially better health outcomes, benefitting both patients and their families by offering a better quality of life where more intense interventions and long term care can be delayed, ultimately reducing caregiver burden and minimizing stress. Focusing on turning what could appear to be a predictable road of decline into an alternate trajectory where intervention that occurs early promotes the ability to maintain function longer can mean a significant difference in the lives of those affected.

The case for early intervention: for healthcare system sustainability

If we can achieve better outcomes and create healthier, more functional lives, then the health system as a whole benefits. According to a 2018 Facts and Figures report from the US Alzheimer’s Association, if 88% of people could be diagnosed in the early stage MCI, $31.8 billion per year could be saved in direct treatment and long term care costs by 2025. For everyone who is currently alive in the US, this partial early diagnosis scenario could reap $7 trillion in savings over their lifetimes.

The future of cognitive care

More of an emphasis needs to be placed on preventative cognitive care, starting with improving standard clinical practice. Healthcare providers should consider evidence-based tools that are specifically designed for the purpose of detecting mild cognitive impairment and incorporate formal cognitive screening regularly into their care. By detecting cognitive impairment earlier and delivering care when it matters most, patients, providers, and payers could be better aligned and society as a whole could live longer, healthier, more functional lives.

Stay Up to Date With BrainFx.

The latest news, blog posts, curated articles, and more from the BrainFx team.

Let's make the INVISIBLE effects of brain disorders VISIBLE, together.

Important Information: BrainFx Assessments only provide information about neurofunctional performance. Assessment results detail the patient/client's performance on assessment activities completed and only assist the health care team in identifying potential areas of strength or challenge as related to function. Assessments DO NOT provide any diagnosis or treatment recommendations. BrainFx Assessments are only permitted to be delivered by trained clinicians. Assessment reports are not stand-alone and require the interpretation of a health professional within their scope of practice and in the context of all information that they have gathered about their patient/client. In Canada, BrainFx Assessments are cleared by Health Canada as a Class 1 Software as a Medical Device. BrainFx Assessments and the statements made on this website have not been evaluated by any other regulatory bodies. Assessments are not intended to diagnose, treat, cure, or prevent any disease. Information provided by BrainFx is not a substitute for face-to-face consultation with your health care professional and should not be construed as individual medical advice.